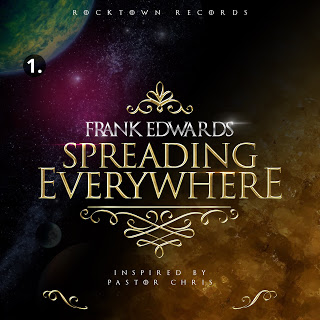 Just like the Richboi, Franklin Edwards promised
the world yesterday that he’d drop a single track
everyday until July 22nd which happens to be his
birthday, he has started to fulfill his promise by
dropping the very first titled ‘Spreading
Everywhere’.

According to Frank, the song was inspired by
Pastor Chris Oyakhilomeh of Christ Embassy
Worldwide. The church’s theme for this year has to
do with spreading and a lot of music ministers
including Peejay Paul and Sinach already sang
about the theme. Frank has waited until now to unveil his.