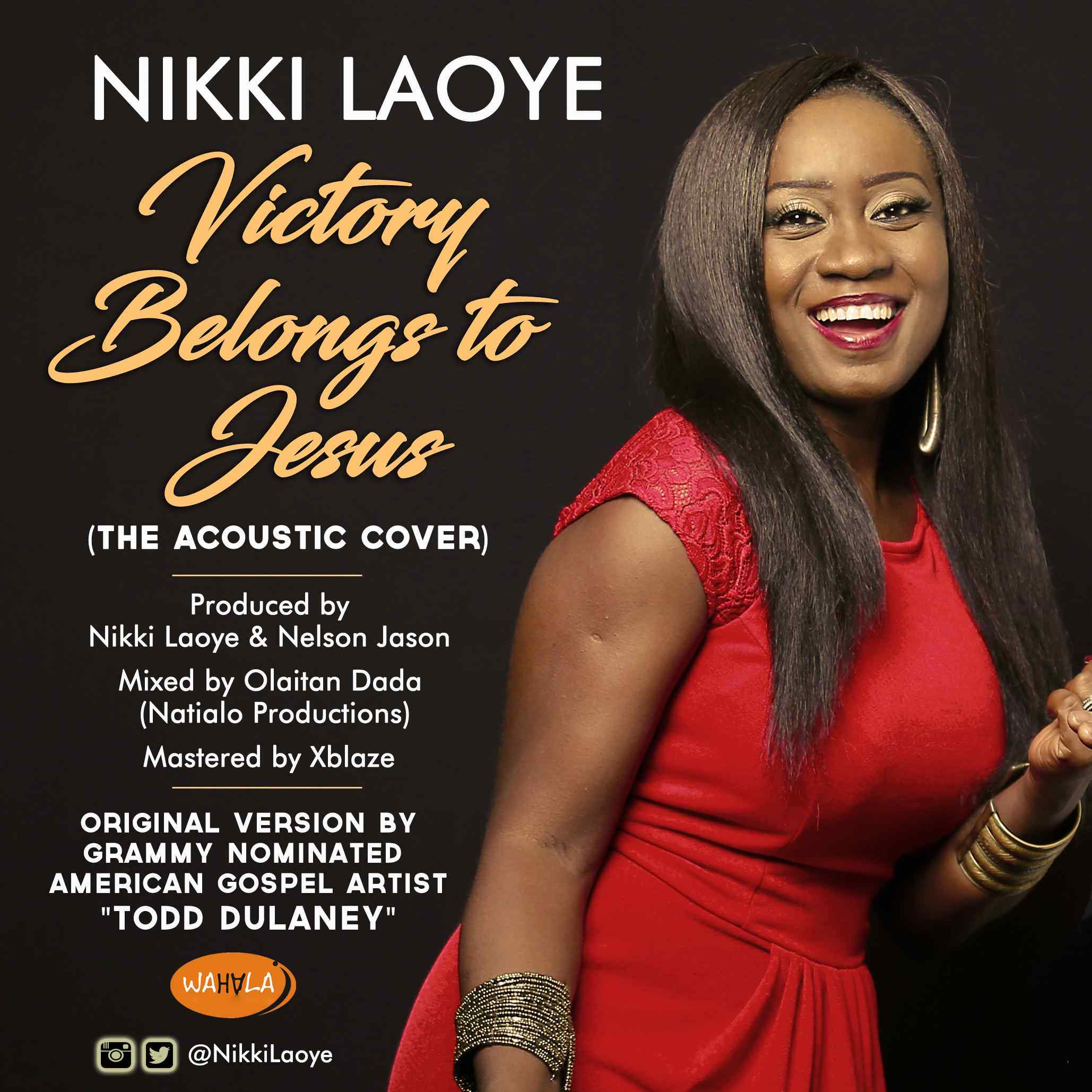 Multiple Award winning Singer, Nikki Laoye has just released a soulful acoustic version of the popular worship song, “Victory Belongs to Jesus” as she celebrates her 11th year in the Music Industry.

The song was originally performed by Grammy Nominated American singer, Todd Dulaney whom Nikki had earlier met and interviewed for her radio show, “Girls Rock With Nikki Laoye“, while she was on tour earlier this year in the United States of America.

Speaking about the song, Nikki shares:

Everyone knows that I have a special soft spot for this song. It totally encapsulates all that God has done for me and my family over the past 11 years – a reminder that through the Good, The Bad and even The Ugly, I still had the Victory through Christ Jesus as All things were working out for my Good.

Ever since the first day I heard it, the song spoke my heart and with the help of my friend/rhythm guitarist, Nelson, I produced and recorded my version of the song in March 2017 before I travelled on tour to the States but wasn’t ready to release it at the time.

I didn’t even know that I would be meeting the man behind the song on that trip but God, who knew what the song meant to me, orchestrated it all and I got to tell Todd Dulaney about the cover and the impact of his music on my life.

The Song says it all for me – It’s definitely been 11 Years of God’s goodness, favor and mercy through the highs and lows since I began my solo music career in 2006. 11 Years and I’m still Standing!! Yes.. It’s been 11 VICTORIOUS YEARS with Jesus right by my side.. Yes, the #VictoryBelongsToJesus & I am grateful that He called me & made me a blessing – A VOICE OF LOVE & HOPE IN THIS GENERATION.

God bless My Management (Wahala Media Ent), My Producers, My Team, The Media, My Pastors, My Friends, My Family…Everyone who has stood by me from Day One.