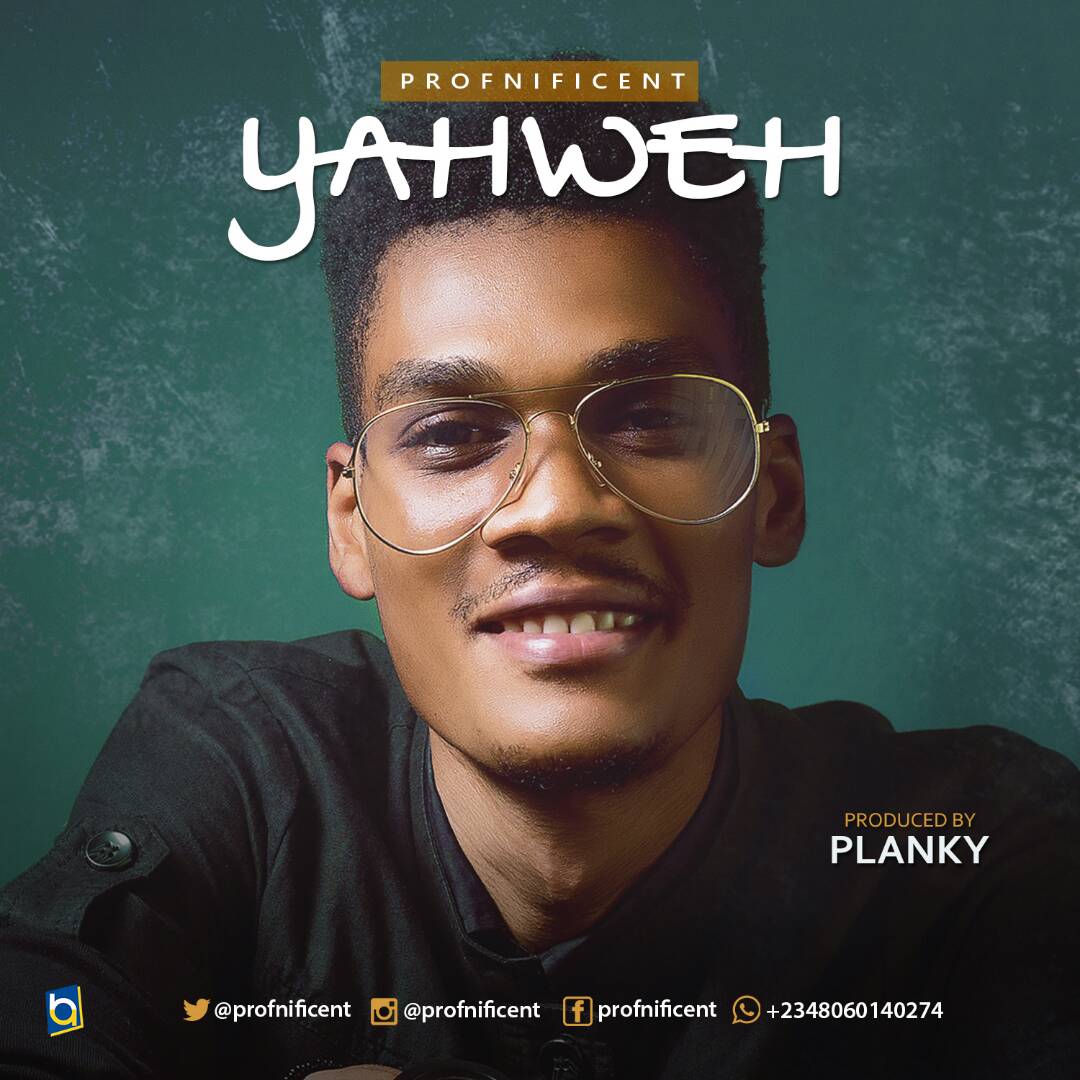 Our 27th May V.I.P,
PROFNIFICENT “The Magnificent Professor” is a super talented music recording, performing artiste and evangelist who has been unpredictable and brings something new anytime and season.

PROFNIFICENT have been dishing out good music from the inception with his debut hit single “Greatest” in 2014, “Number One” in 2015 (complimented with the visuals sometime in 2016), later came “Hallelujah” in 2016 (which is still fresh and trending) as he makes a triumphant entry into 2017 with his brand new (birthday) song titled “YAHWEH” to celebrate God’s provision and faithfulness; this song is produced by PLANKY.

The Magnificent Professor’s delivery and versatility on this one titled “YAHWEH” is quite prolific as it’s amazing that every song from PROFNIFICENT is a Hit, as he promises the Visuals coming soon along side his official single for the year 2017.