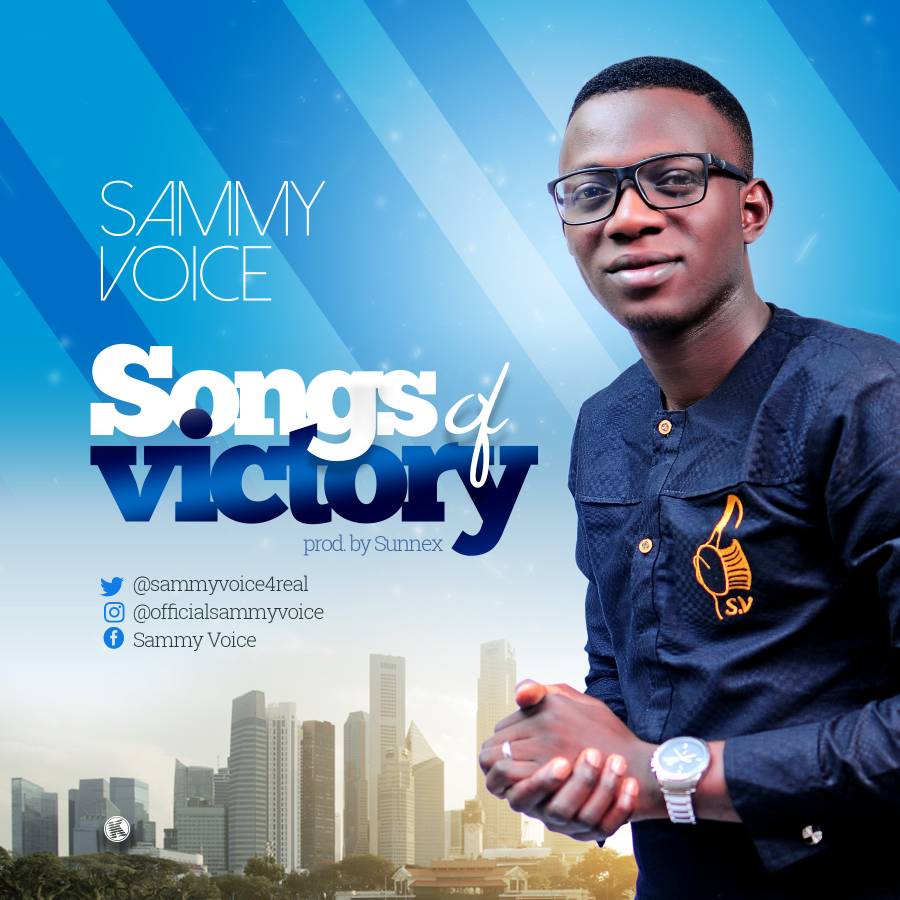 Sammy Voice, the young passionate gospel artist is here again with a new single. He has been serving in the Redeemed Christian Church of God as a music minister since 2007.
In 2014 he released his first Album “Thanksgiving”.

He is a seasoned music minister, song writer, composer and the leader of Sammy Voice and his Divine Band. He’s known for his unique way of ushering people to the presence of God, which has made him a toast of many churches and organisations.

His new released single titled “Songs of Victory” was inspired by the just concluded RCCG Holy Ghost Congress theme. It’s a rock, contemporary worship song that assures and confirms your victory in Christ. You will definitely be blessed after listening to this Spirit filled song.

Get Connected With Sammy