Ikemefuna Nwabueze, who goes professionally as Z-LOUS, is a Nigerian-born, New York-based Christian recording artist. Z-Lous has been spreading the powerful Gospel of the Lord by leveraging his musical gifts by coming through with songs that inspire, bless, and entertain listeners while giving them hope in the eternal Father! This phenomenally gifted Gospel minister is also a praise and worship leader at Winners Chapel International (WCI) New York.

With three studio albums to his name so far, Z-LOUS is gearing himself towards the release of his fourth studio album. He has been releasing singles like “RESTORE”, “DECLARE” and now “AWESOME GOD” as he prepares to drop the album before this year ends.

After the release of “DECLARE”- a very powerful and inspiring Christian anthem that exudes such depth of worship, praise, fellowship, and testimonies, premiered on September 11th and has already amassed thousands of views on YouTube.

Z-LOUS is now setting his eyes on the release of yet another powerful Praise anthem, “AWESOME GOD”, which features the WCI New York Choir.

Z-LOUS describes “AWESOME GOD” as a fun and upbeat afrobeat inspired stunner with a powerful message that more than anything, appreciates God. Its danceable qualities and Z-LOUS’ dexterous delivery coupled with DaraMagic’s detailed production will absolutely appeal to listeners of all ages. The Awesome God music video was directed by Jonathan Melgar (CAMI Films).

Meanwhile, you can check out Z-LOUS’s work on popular digital platforms such as iTunes, Spotify, Apple Music, and Youtube and follow him everywhere to receive real-time updates on his present and future projects. 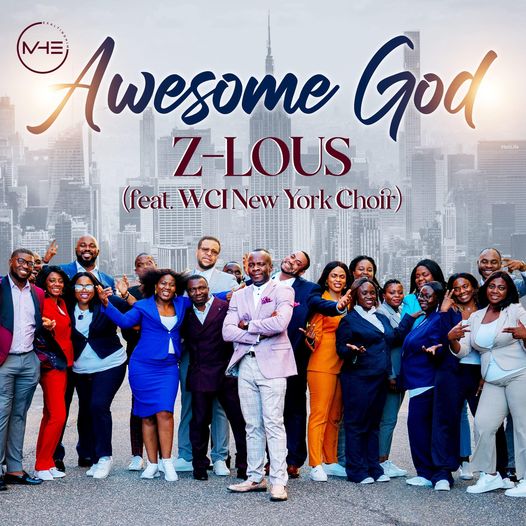