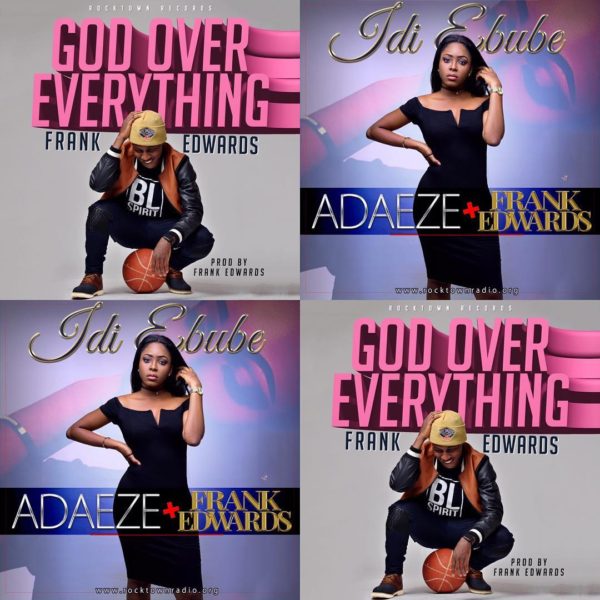 A week after sharing a video announcing his forthcoming album aptly titled Frankincense due for release on 20th April, 2016, Frank Edwards dishes out two hot tracks, God Over Everything and Idi Ebube.

God Over Everything is a different type of offering from the Rocktown boss himself. It’s hip, it’s fresh and urban. Mr Edwards, who bust a few bars on the track dedicates “…this to every youth out there who is born again despite peer pressure and all 👏🏻👏
🏻

Rocktown Records introduces Adaeze in her debut titled Idi Ebube featuring and produced by Frank Edwards. It’s a melodious song which sees Adaeze‘s beautifully rich voice venerating the most High, backed by Frank’s sonorous chorus and
pumped up instrumental. The result is a clear hit.
Enjoy