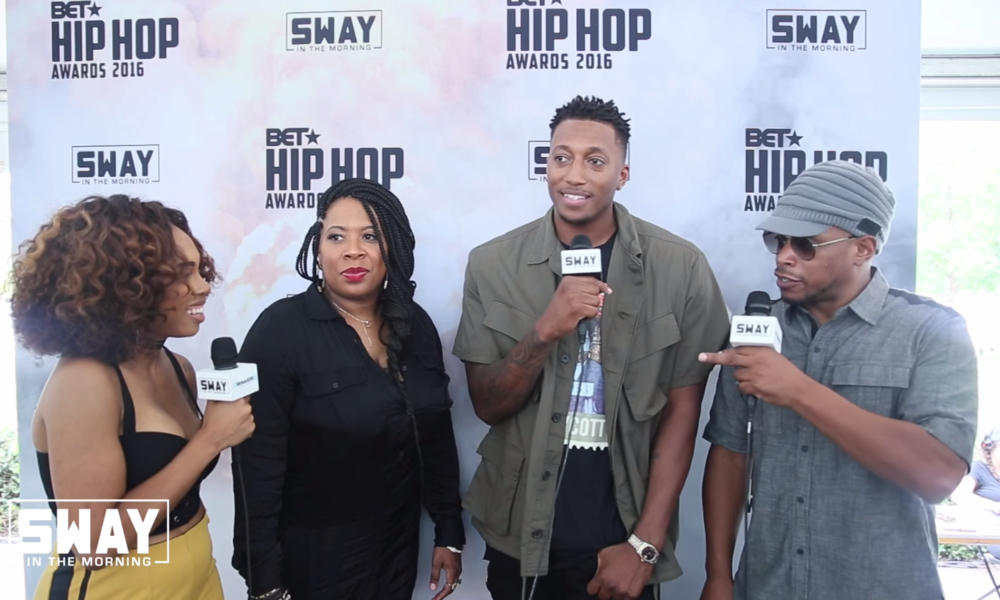 Lecrae appeared with the ‘Sway in the Morning’crew on the red carpet of the 2016 BET Hip-Hop Awards where he spoke about faith in rap music,
the election, and his new album.

Co-host Tracy G said to Lecrae, “You’ve been on God squad since the beginning” and then asked why hip-hop is embracing music about Christ. She cited Chance the Rapper, Kendrick Lamar, and Kanye West’s latest releases.

“I would like to attribute it to we’ve been going through a lot,” said Lecrae. “A lot of turmoil, a lot of pain. When you face oppression, you gotta pause on the trivial stuff and figure out what really matters.”

He continued, “Let me come back to my roots and figure out what really matters.”
When asked about how he’s approaching the election Lecrae said “Be real with yourself and ask, ‘is this person qualified to run the country?’ At the end of the day I trust in God…I know he’s in
control.”

Lecrae and Sway than spoke about Kid Cudi’s recent comments about ghostwriters in hip-hop. He said he has no hate for people who don’t write their rhymes, but he respects people who do.
The emcee also said he’s in the studio working on a
new album, and it will come out after the
Destination Tour.