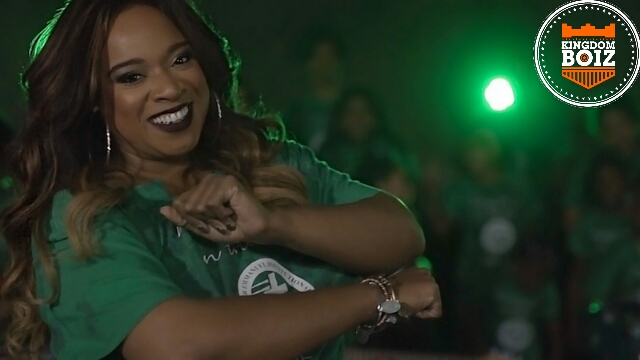 GEI & Kierra Sheard have unwrapped the official visual for their hit single “Hang On“!

The hit song serves as the first number from GEI’s Live LP  to be given the visual treatment.

What are you waiting for? Check out the video below…

DETROIT, MI) – December 07, 2016 – Karew Recordsmarks the rise of “Hang On” (feat. Kierra Sheard) on the charts, with the single hitting #8 on Billboard’s Gospel Airplay chart this week.  The lead radio single from the hit album GEI LIVE, “Hang On” provides encouragement and comfort to inspire the spirit with the impassioned performance of GRAMMY®-nominee Kierra Sheard and the choir’s vocals. The visual for the chart-topping single is available for viewing now and was filmed in Detroit.