In his 13 years of active music, Spokesman has earned respect and recognition among thousands of people through the heavy impact of his Rap Music.

Spokesman has finally released his debut album, “The PROPHETional SPEECH”.

By the grace of God, spokesman has travelled round the country, Nigeria, preaching the Word and representing Christ through the most lyrical rap music that ears have ever heard. A very humble servant of God, an anointed Rapper, a Bible lyricist, skillful and privileged to be chosen by God as a vessel, Spokesman is a Prophetic Teacher of the Word.

The PROPHETional SPEECH  by Spokesman is more than just music. It is Life! Over 10, 000 carefully selected words inspired by the Holy Spirit were chosen to construct this album. With over 60 or 70 songs available, 33 songs were compiled but due to the availability of limited space only 17 songs with 1 skit were chosen to be in this album.

Each of the song was prayerfully written down and designed to pass a specific message. All songs were co-produced and written by spokesman except where other musicians were featured.

The blend of musical skills with lyrical ability and the mixture of biblical knowledge with the grace of Yahweh are the factors that gave birth to this project. And of course, one other factor is the passionate obedience to the call of God.

A bunch of the finest and the most skillful music-producers with the fire of producing the best sound ever, took part in this project. Every key, every chord, every progression, every kick and every sound was intentionally produced to bring down the glory of God.  Check out the producers…
Gabe, P.Oseghali, Supasoniq, Crazy Legs, Greal, Ma`azid, Justice Ark, Dollarz Infinity, Don Ada, T-Yanks, Mista Jakob, Big Joe and Kerapounds 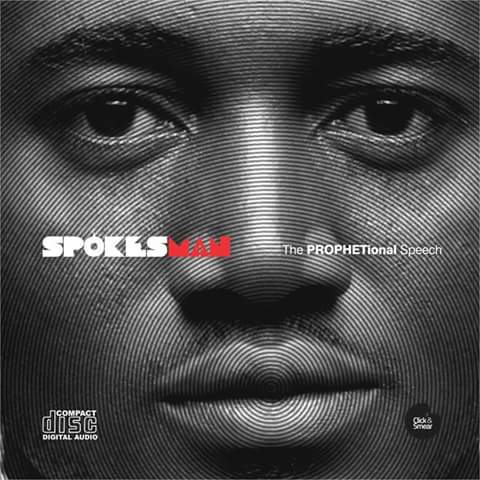 The various voices featured in this album are amazing. Various anointed and skillful musicians were featured to add more power and inspiration to the album.

The mixing of the album was also given golden consideration. Nothing was done by chance, every decibel of sound was intentionally purified and mixed to be pleasant to the ears and should cause a resonance in the hearts of the listeners. The overall compilation and mastering was done by Roy Matthew.

Every song in the album sounds only like itself. Each song carries a particular message for a particular purpose.

• DOWNLOAD Music: Spokesman – Who Are You To Judge Me