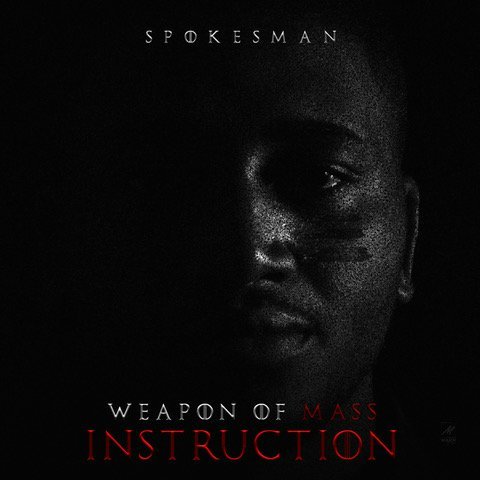 Jeremiah ‘Spokesman’ Aluwong is a Nigerian Christian Hip-Hop (CHH) artiste, seminarytrained theologian, missionary and academic. With renowned songs like Not Guilty, I Will Never Lose, and Lord Over Life in his quiver, 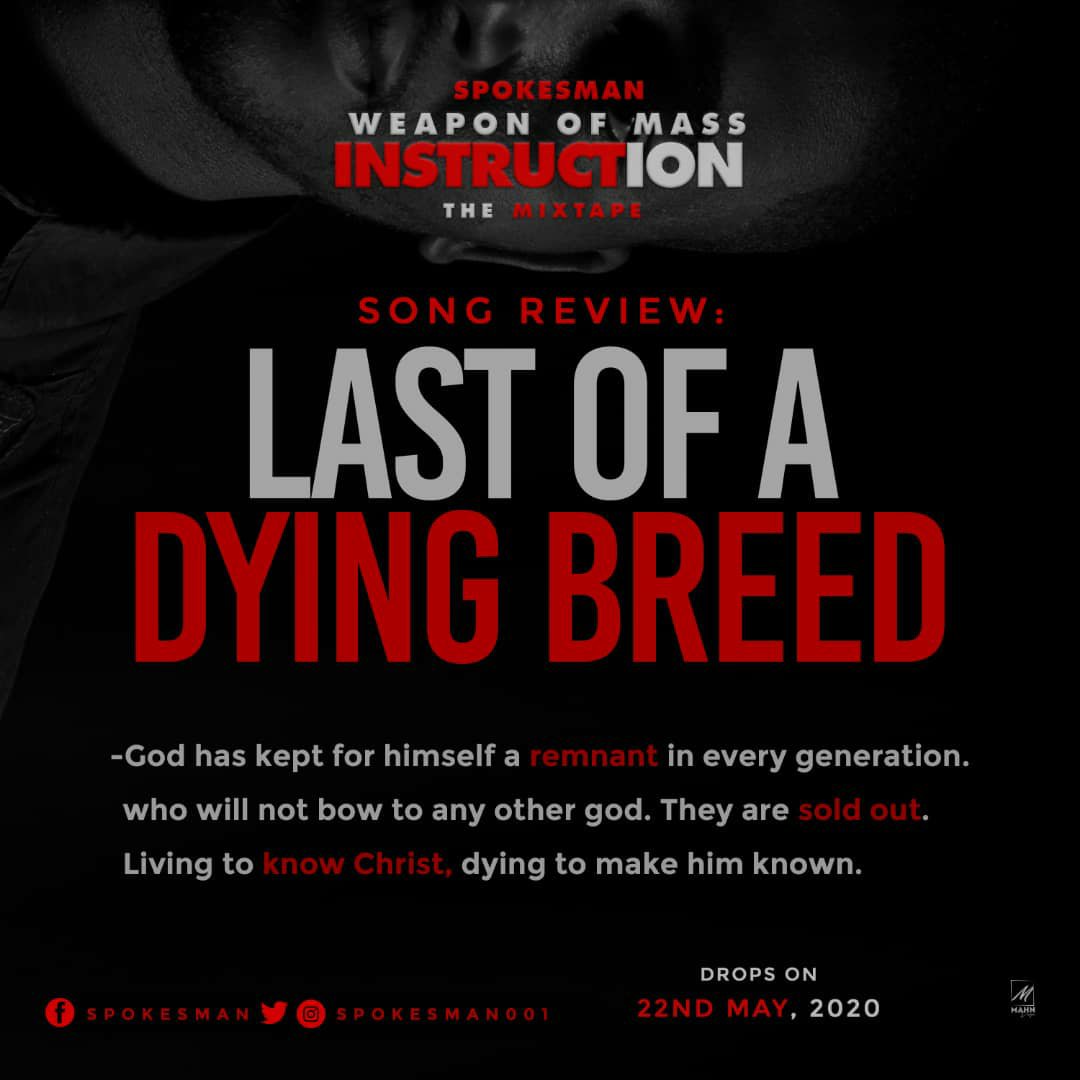 Spokesman has been in the Nigerian CHH scene since 2006 and is currently the Head of Missions of LighWk, an international missions outfit geared at using the art skill sets of young people to reach the lost.

On 22nd May 2020, Spokesman released his latest body of work, Weapons of Mass Instruction, featuring artistes like Taj, BriefIllness, and Flamezy. The mixtape is about Jesus Christ being God’s word and God’s weapon in dealing with the world. 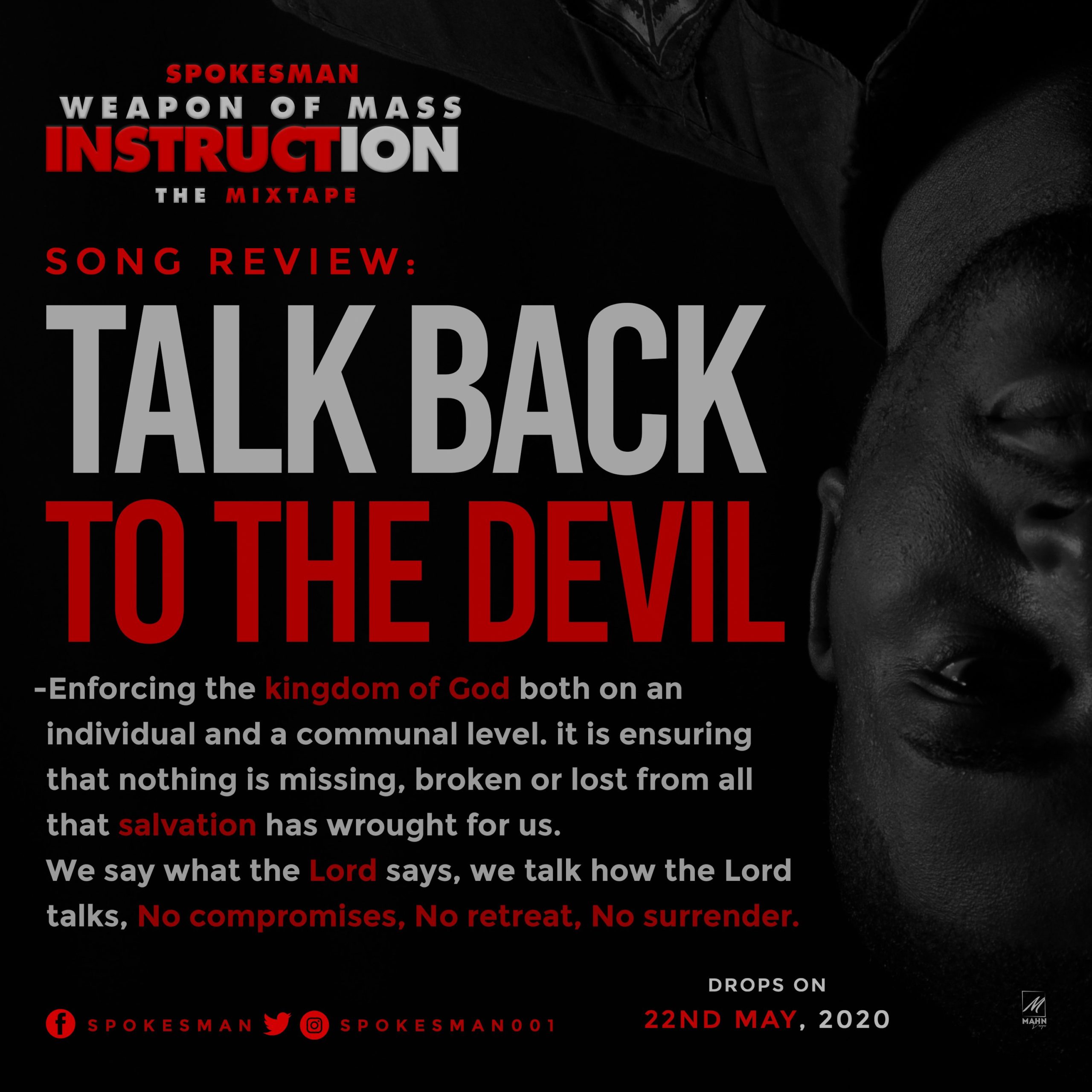 Kingdom Come, a single on the mixtape, was produced by Steve Rawd and its video directed by Seun Williams of SW Motionworks. The song admonishes the body of Christ to carry out the great commission Jesus instructed in Matthew 28. 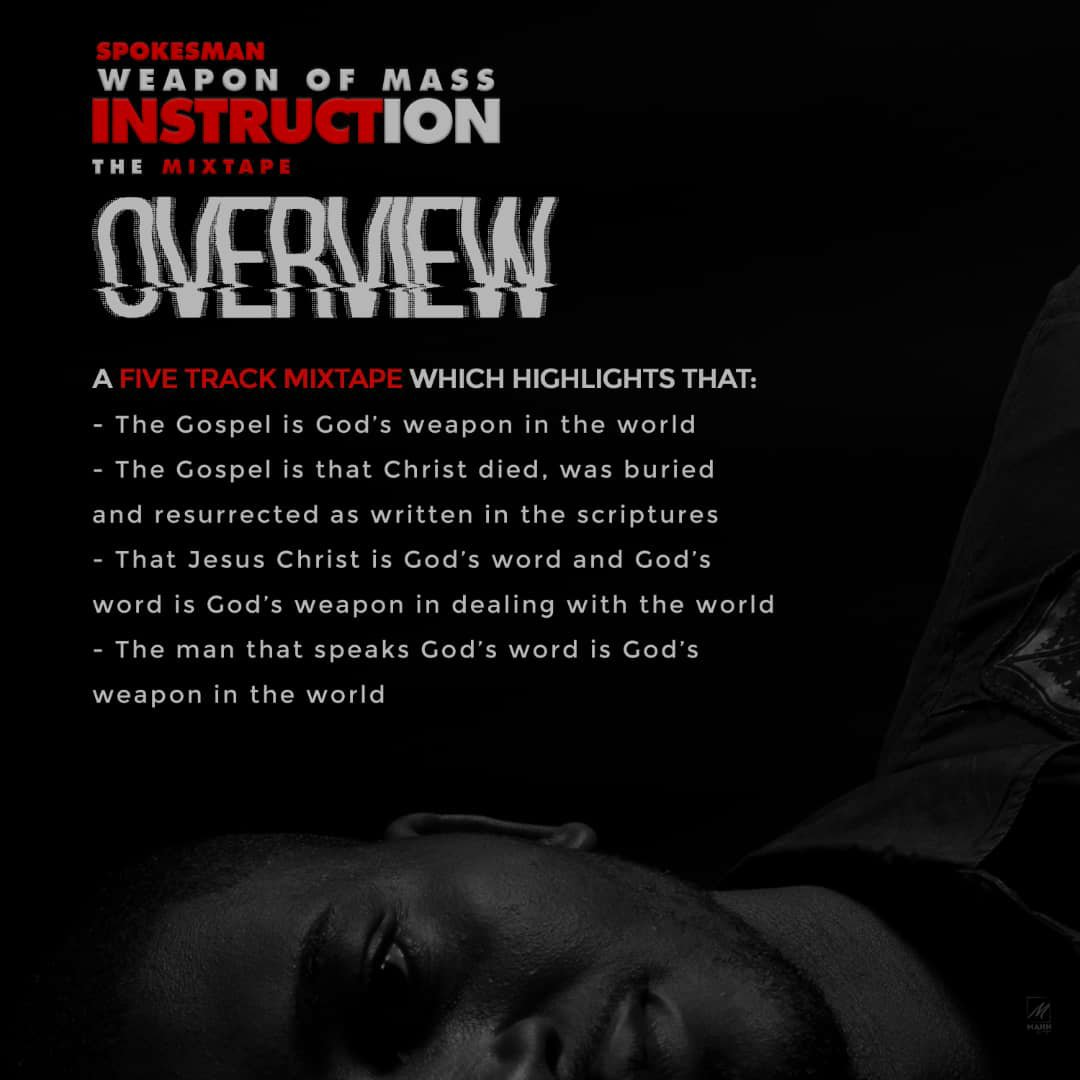 DOWNLOAD Music: Talk Back to the Devil (ft. Briefillneiss) 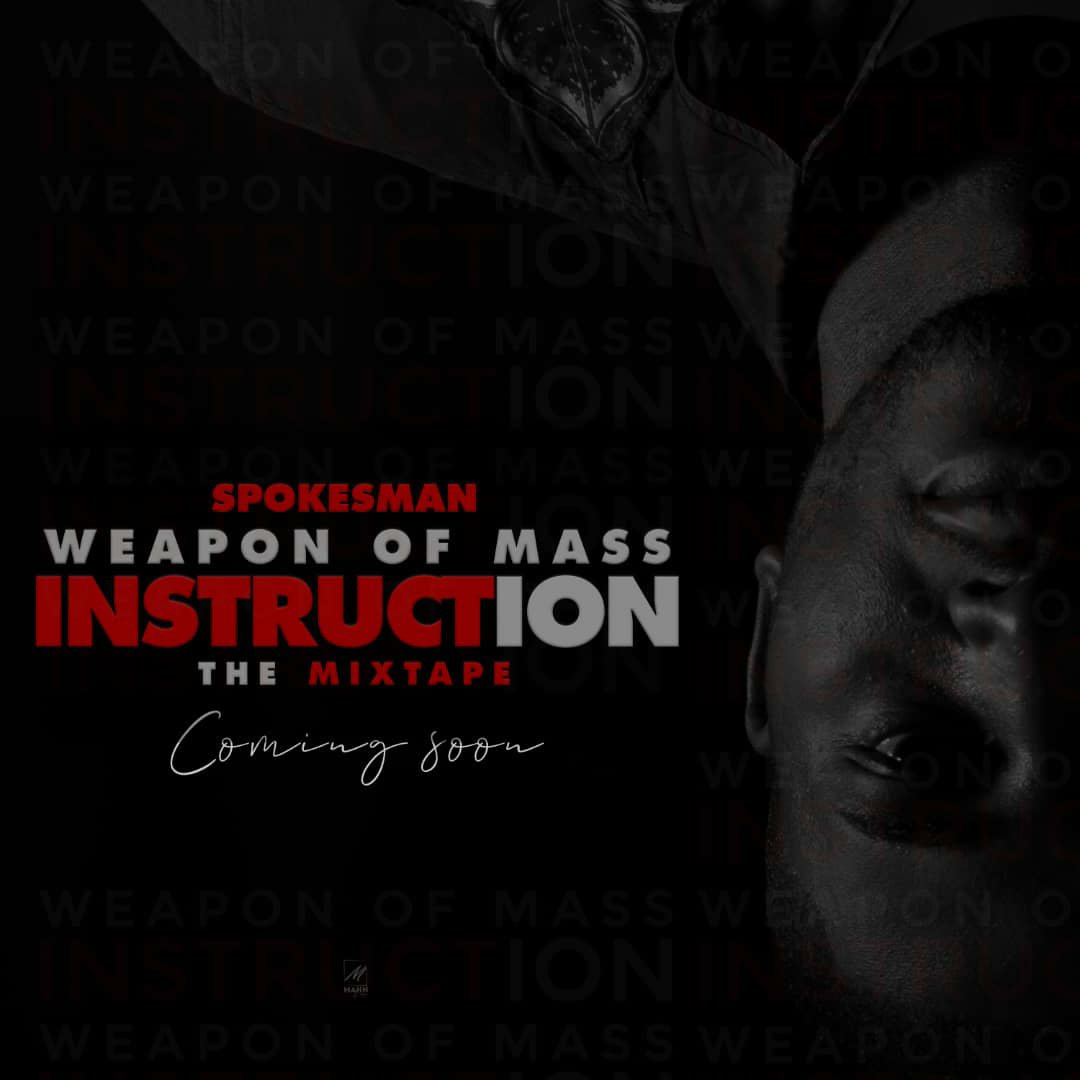 Get All The Lyrics Of The Song Here