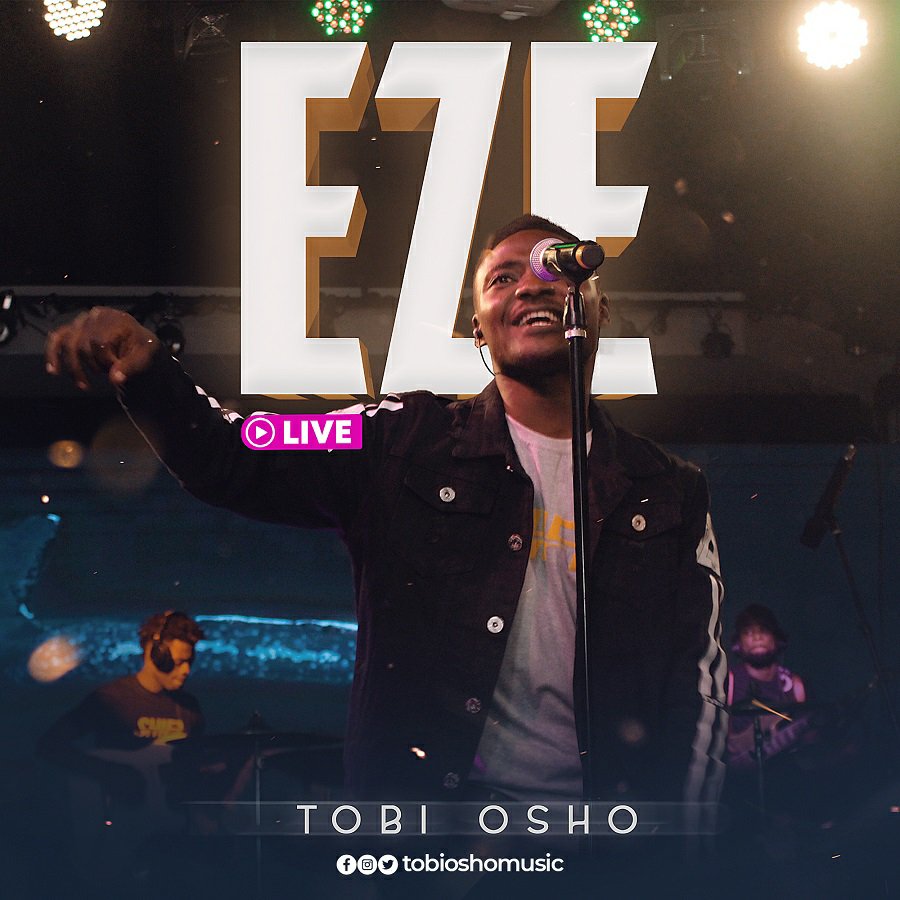 Viral Instagram Singing sensation, gospel recording artist and songwriter, Tobi Osho releases a brand new worship single, “Eze” (Live), alongside the accompanying video lifted from his SHIFT live recording project. The song is a heartfelt expression of gratitude and praise to God for His love and grace.

“Eze” is the second single to be released off Osho’s upcoming debut album project, SHIFT, slated for release later this year, which will offer more uplifting tracks showcasing Tobi Osho coming into his own as a contemporary-worship artist. The soul-lifting new track follows the well-received “You are Enough” which dropped in mid-2020. “Eze” is simply translated as “King” in English from the indigenous Igbo language.

Tobi Osho had hitherto amassed a large following of tens of thousands via his several breathtaking covers and renditions of popular gospel songs that captivated many great artists and gospel music lovers alike. He has drawn the attention and endorsement of award-winning artists like J Moss, Phil Thompson, Prosper Ochimana, and a host of others in both the local and international terrain with his rendition of their songs.

His latest single, “Eze” is no doubt a breath of fresh air and a spirit-lifter. “For the Love and Grace you gave, Eze, You deserve my Praise,” sings Tobi in the first verse as he adores God our King. The easy-to-sing-along worship piece climaxed during the Live recording bringing the consciousness of the audience into intimate communion with their loving King.

Connect with Tobi Osho On