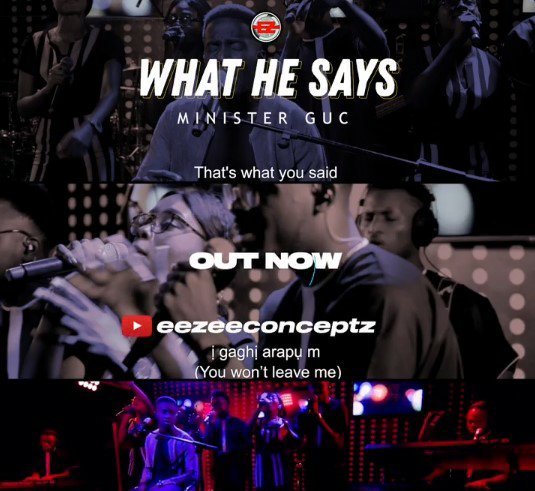 Gospel music minister GUC has released the live video for the 7th track off “The Message” album titled “What He Says.”

The video is dropping today the 6th of March, 2021 as Minister GUC receives church blessings in the Holy Matrimony with his fiancée Nene Ntuk. The song is off the stable of EeZee Conceptz Global.

“What He Says” by GUC is a song of faith, total dependence on God. GUC on the release of the song said he held on to God’s word till it became a reality in his life.

“I held on to these words until they became a reality to me. My life and ministry has been all about depending totally on what God says, and here I am today. A huge testimony and hope to many.”

“The Message” album dropped on the 4th of December 2020. Lots of new tracks off the album has enjoyed critical reviews including “God is Helping Us,” “Akanam Nkwe,” “Heaven at Last” and indeed “What He Says.”

The album which is all about fellowship with the trinity revealed the uniqueness in GUC’s sound.

As the Gospel music minister begins the new phase of his life today with “What He Says” as soundtrack, we bid him and his wife congratulations and blessings upon their new home!