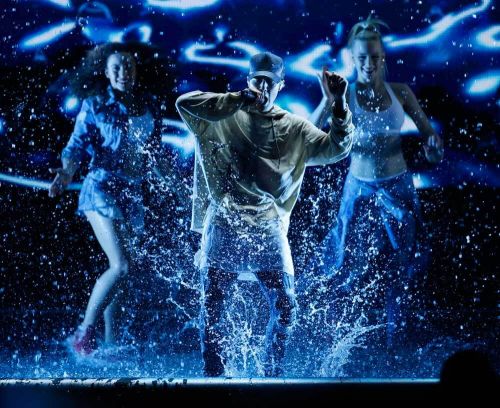 Justin Bieber is letting the world know that he
is bigger than Satan with the help of his
Purpose Tour clothing designer Jerry Lorenzo.

Lorenzo is the founder of the clothing line
called Fear Of God which fuses Christian faith
and grunge culture from the ’90s. According to
Lorenzo, Bieber sought out the designer to
create pieces for his Purpose Tour like the one
shirt with a picture of rock singer Marilyn Manson on the front and the words “Bigger
Than Satan” sprawled on the back.

“Man, my tour is coming up. I really want you
to do it,” Lorenzo recalled Bieber telling him in a WWD report.

However, the Christian designer insists he does
not create his clothes to achieve fame and
fortune. Instead, he wants to showcase
Christianity in a cool unorthodox way.

“I can’t imagine doing a clothing line to just
make money and be cool if I’m not trying to
inspire people,” he previously told Hype Beast. “I try to do it in a subtle way, sometimes
through scriptures that we put up on our
Instagram, like instead of Matthew 16:24 it
would be the 40th book 40 16-24 – so you’re
not really sure, unless you know the Bible,
where that passage is coming from. So it’s just giving people bits and pieces.”

The designer has branded his clothing into a
movement called The Fear generation, which
seems to have caught the attention of Bieber, in
an effort to present a different side of Christian
culture.

“The Fear generation to me is this new
generation of cool kids that believe in God and
that are really the coolest kids at school or the
coolest kids [period],” he said. “I don’t know if
you did youth groups when you were a kid,
but the Christian kids were always not as cool as the real cool kids at school. So now [I want
to show] that, ‘we look cool and there’s some
depth about us that is cooler than whatever is
fleeting at this moment.'”