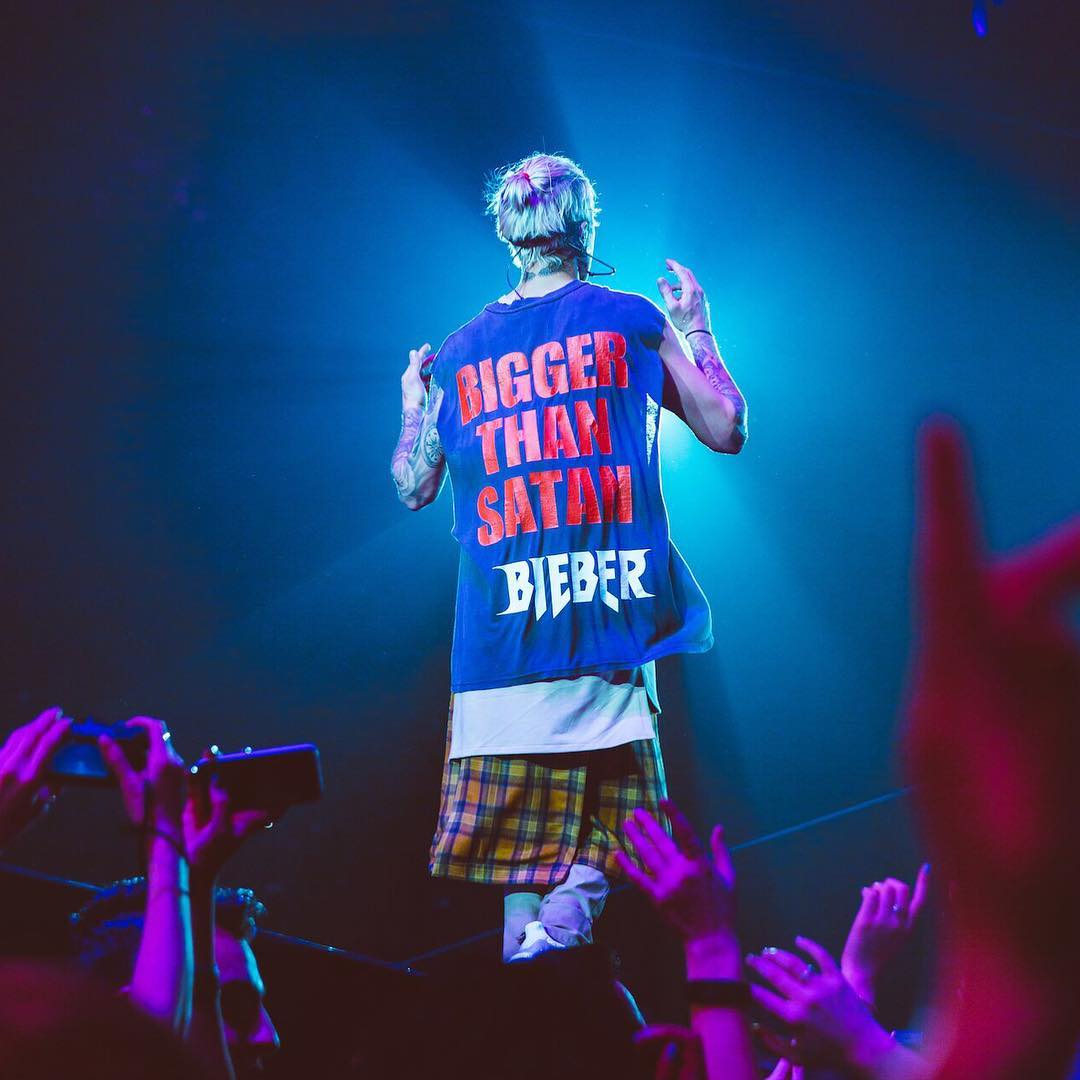 Singer/songwriter Justin Bieber is boldly declaring
his Christian faith through his fashion choices
thanks to the creations of his “Purpose Tour”
clothing designer, Jerry Lorenzo.

According to a report from WWD, Lorenzo’s clothing line, Fear Of God, combines Christian faith
with grunge culture from the late ’80’s and early
’90s. The “Sorry” singer reportedly contacted
Lorenzo last year, asking him to create 15 pieces
for his Purpose Tour – including a shirt
emblazoned with the phrase “Bigger Than Satan,” which he has worn on a number of occasions.

Lorenzo recalled Bieber asking him, “Man, my tour
is coming up. I really want you to do it.”

While the designer’s creations cost thousands of
dollars, he recently told Hype Beast that it’s not about the money or fame; he simply wants to
share the Gospel in a unique way.

“I can’t imagine doing a clothing line to just make
money and be cool if I’m not trying to inspire
people,” he said. “I try to do it in a subtle way,
sometimes through scriptures that we put up on
our Instagram, like instead of Matthew 16:24 it
would be the 40th book 40 16-24 – so you’re not really sure, unless you know the Bible, where that
passage is coming from. So it’s just giving people
bits and pieces.”

The designer, who frequently shares quotes from
pastors such as Joel Osteen on his personal Twitter page, has branded his clothing into a movement called The Fear generation to encourage young
people to embrace the Christian faith.

“The Fear generation to me is this new generation
of cool kids that believe in God and that are really
the coolest kids at school or the coolest kids
[period],” he said. “I don’t know if you did youth
groups when you were a kid, but the Christian
kids were always not as cool as the real cool kids at school. So now [I want to show] that, ‘we look
cool and there’s some depth about us that is cooler
than whatever is fleeting at this moment.'”

Lorenzo explained that many people don’t truly
understand what it means to “fear” God: “This fear
of God is not one that cripples you, it’s simply a fear
of not knowing, and thus going out to find the
answers,” he said. “God is all knowing, but he is
greater than any obstacle in your way, and he is on your side.”

He previously told GQ. “Even in times that are beyond your understanding, there’s a peace in
knowing there is a God that is bigger and more all-
knowing than not only you, but anyone. That’s the
Fear Generation.”

Bieber’s decision to wear overtly Christian attire is
unsurprising, as he was famously baptized by
Hillsong Church pastor Carl Lentz in 2014, and now
frequently speaks about his faith. However, in the
time before his conversion, the singer made
headlines for his bad behavior, including egging his neighbor’s house, using illegal drugs, spending
time with prostitutes, and abandoning his pet
monkey in Germany.

“I was rebelling against the world. I started to
believe the hype and was acting a certain way. I
was just being a jerk,” he told The Mirror regarding
his past actions. “I got so involved in ‘me me me’.
You’re young, people are telling you you’re great
all the time and you start believing it. It became Justin Bieber, reality star, rather than the
musician…I just found myself in a place I didn’t
want to be.”

In an earlier interview with GQ Magazine, Bieber
credited his newfound faith with saving him from
being a “terrible” person. “I feel like that’s why I
have a relationship with Him, because I need it. I
suck by myself,” he said. “If I was doing this on my
own, I would constantly be doing things that are, I mean, I still am doing things that are stupid, but… It
just gives me some sort of hope and something to
grasp onto, and a feeling of security, and a feeling
of being wanted, and a feeling of being desired,
and I feel like we can only get so much of that from
a human.”