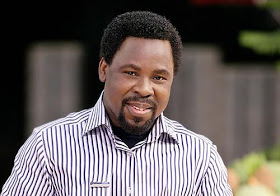 The hearing on the suit against Synagogue Pastor,
T.B Joshua and his engineers over the September
2014 church building collapse has been
adjourned to December 11th by Justice Lawal
Akapo of the Lagos State High Court. The resumed
hearing of the case was meant to take place this morning but T.B. Joshua and his engineers, Oladele
Ogundeji and Akinbela Fatiregun failed to appear
in court.

Counsel to the Engineers, Oluwaseun Abimbola,
told the court that they were absent because they
were not served with court papers. Reacting to this
position, the Lagos State’s Attorney General,
Adeniji Kazeem said no valid physical addresses
were found for the contractors, which he said was reason that the Ministry of Justice could not locate
or serve the court papers.

The presiding judge ordered that proper court
notices be served to the engineers within 72
hours, and advised their counsel to inform them to
take the court proceedings seriously as their trial is
of a criminal case. 117 people, mostly Nigerians
and South Africans, died in the Church building collapse.