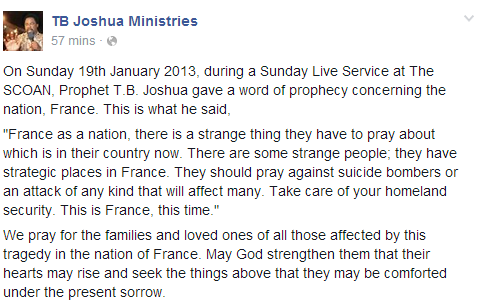 Popular Lagos prophet, T.B Joshua says sometime
in January 2013, he prophesied about the terror
attack which happened in Paris yesterday
November 13th. He said this in a post on his
Facebook wall. Watch the video where he
prophesied about the France attack after the cut..