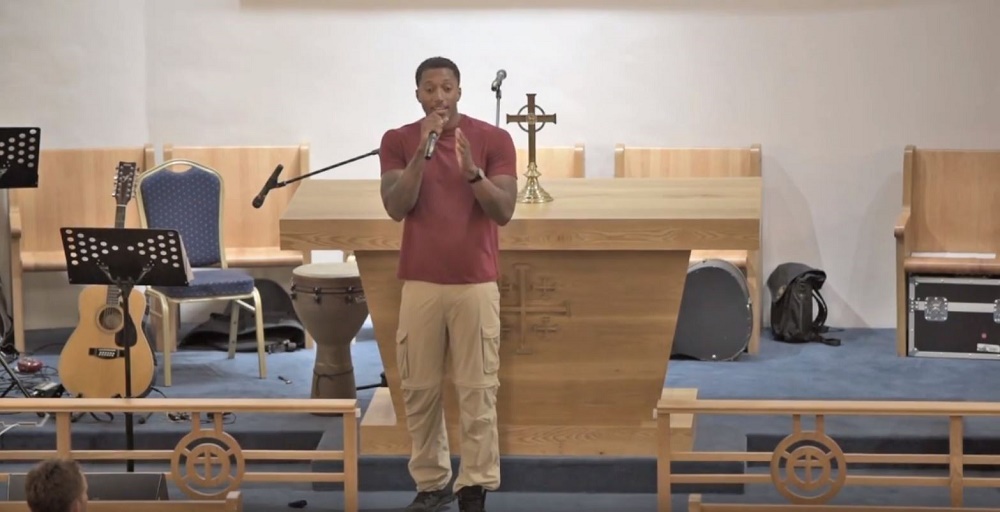 “Stop posting about a non-Christian rap label. I’m so sick of these ashamed anti-christs.”

“I won’t buy another Reach Records album ever again. I lost all respect for them.”

“They’ve updated their statement from 116 to 666: “From this time many of his disciples turned back and no longer followed him.” John 6:66″

These are a few of the many critical replies that
readers left in the comment section of Rapzilla’s
Wednesday report on Reach’s new about page on its website, which no longer mentioned the Bible
verse Romans 1:16.

As critics questioned if Reach was still unashamed
of the gospel, its co-founder, Lecrae, ministered in
Qatar, according to several posts on social media.

Qatar is a Middle Eastern country which borders
Saudi Arabia and ranks No. 18 on Open Doors’s World Watch List of countries where Christians are most persecuted.

While the video below states that Lecrae ministered
with Collision Records CEO Adam Thomason in the
city of Doha, Qatar’s capital, where the host said is
significantly less dangerous than other parts of the
nation, the irony that professing Christians — from
behind their computers and phones in America — criticized a fellow Christian for being ashamed of
the gospel as he preached in the Middle East
remains.