Lecrae Speaks On How Stories Shape Worldviews At Q Conference 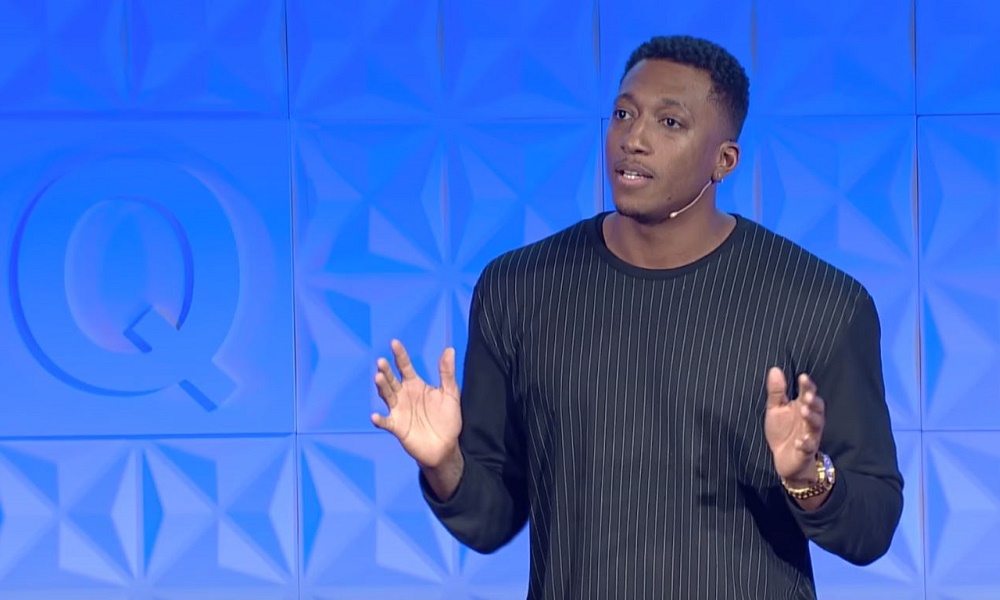 This past April in Boston, Lecrae spoke at Q Ideas’
annual culture-making conference, which Slate has called the Christian TED Talks.

In Lecrae’s presentation, he highlighted the role
that stories play in how people understand the
world around them.

“The way we see the world, the way everyone sees
the world is through story,” he said. “You can’t
derive meaning from anything outside of a story.”

“Jesus died,” Lecrae said. “That’s just a statement.
Where’s the power in that statement if I don’t
understand the story, if I don’t understand why he
died or for whom he died or what he died for?”

He also broke down the different views toward the
Michael Brown tragedy in Ferguson, Missouri in
August 2014, before explaining the story from a
big-picture perspective.

Lecrae then used his song “Welcome to America,” track No. 2 on his latest album Anomaly, as an
example. He told a different story in each of the
song’s three verses and explained to the Q crowd
that none of the characters’ perspectives were from
a Christian worldview.

“All these stories in their own right are true. They’re
just not ultimately true,” Lecrae said. “They attribute
evil to the wrong antagonist and place the ultimate
hope in the wrong protagonist. And America’s not
the source of our brokenness, nor is it the source of
our joy. The problem is always sin. The solution is always the gospel.”

“The artist has the unique opportunity to show that
if we take a good thing and make it the ultimate
thing, we end up longing for more,” Lecrae said.
“We can tell parts of the story. We can tell some of
the story. We can tell things that allude to the story,
but ultimately, we get the job of changing the way people see the world through story because
everyone is looking at life through a story.
Everyone has a worldview.

“It’s our job to learn the culture story and enter into
it and point them in different directions.”

For more on Q Ideas from its official website: “Q was birthed out of Gabe Lyons’ vision to see Christians,
especially leaders, recover a vision for their historic
responsibility to renew and restore cultures.
Inspired by Chuck Colson’s statement, ‘Christians
are called to redeem entire cultures, not just
individuals,’ Gabe set out to reintroduce Christians to what had seemed missing in recent decades
from an American expression of Christian
faithfulness; valuing both personal and cultural
renewal, not one over the other. Re-educating
Christians to this orthodox and unifying concept
has become central to the vision of Q.”